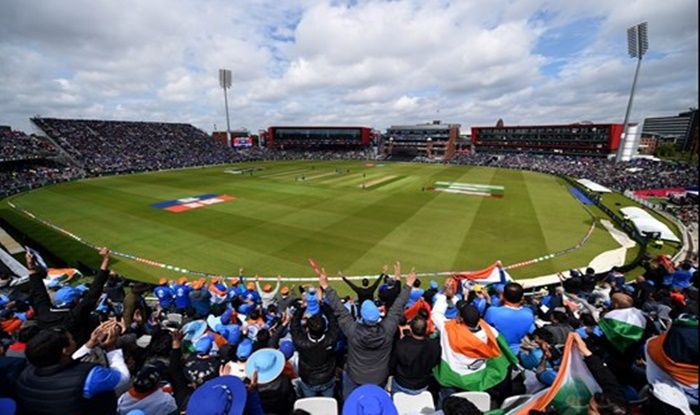 Just weeks after announcing their record financial results despite the COVID-19 crisis, Lancashire Cricket Club is now spearheading plans and chalking out different ideas to bring back fans to the stadium during the pandemic. The famous English County – Lancashire dealt a personal blow when they lost their chairman David Hodgkiss late in March after the 71-year-old contracted the deadly virus. Also Read – COVID-19 Pandemic: Anil Kumble-led ICC Committee Recommends Ban on Saliva to Shine Ball

If everything goes as per the plan, Lancashire Cricket Club chief executive Daniel Gidney believes social distancing can be applied in their 26,000-seat ground to allow in at least 2,000 fans. With record earnings and a fool-proof plan to enable ‘social-distancing’ among fans – Lancashire have put themselves in the frame to host a Test match during the English summer. Also Read – Babar Azam Plays Down Comparisons With Virat Kohli, Says Looking Forward to T20 World Cup

“I’m hopeful that we can get some domestic cricket away in the back end of August and September, at least behind closed doors, but possibly even with some small crowds,” Gidney was quoted by The Associated Press. Also Read – South Africa’s Aiden Markram Doesn’t Want to ‘Become Desperate’ About Test Captaincy

“Sometimes you can get into this negative box. And when I’m being positive, I’m not being reckless or saying things that can’t happen from a safety perspective.”

Gidney’s plan for the northwest England cricket ground could form a template that facilitates the return of much-needed revenue from fans attending sports venues. Taiwan is hoping up to 1,000 spectators will be allowed to attend baseball games from July.

“We could have domestic cricket with 2,000-3,000 people in with seats separated out in the stadium, Perspex barriers on counters,” Gidney said in an interview by video link.

“There are ways that we can make a sanitised, smaller crowd, domestic cricket environment possible at the back end of the year based on the current trajectories that we’re looking at from the science and the infection rate keeping down.

“As long as the infection rate continues to drop, then I believe that we should be able to get some form of domestic cricket back and hopefully with some small crowds.”

Lancashire’s financial successes last year helped them to survive the lean period caused by the shutdown of sport. The conference and event business in the hotel adjacent to the cricket ground also helped the Cricket Club to earn some crucial bucks.

In 2019, Lancashire reported a record turnover of 34 million pounds ($42 million) and net profit of 2 million pounds in 2019. The chunk of it was generated from staging ICC Cricket World Cup matches, and a Test in England’s Ashes series against Australia.

Lancashire is hoping the presence of a 150-bed Hilton Garden Inn on site will also facilitate the return of international cricket this summer by creating a bubble the players don’t leave once they have been tested for the coronavirus.

“If you’re negative, you go into the bubble,” Gidney said.

“Then, in theory, it’s a bit like going to lockdown with your family and over a period of time, as long as you don’t step outside of the bubble, then that’s possibly as safe as you can be.”

The club is still waiting to learn whether it will receive England tests this year against the West Indies and Pakistan.

The England and Wales Cricket Board (ECB) want them to be hosted in “bio-secure” environments, without elaborating so far.

Britain has Europe’s highest known virus death toll around 35,000 as well as the most confirmed cases.