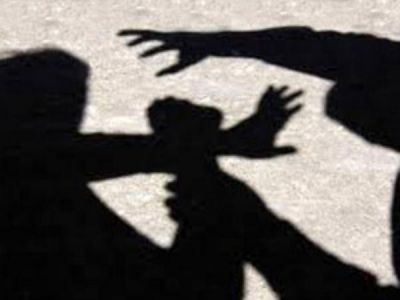 Kasganj: A 65-year-old was socially shamed after he allegedly molested a woman who is his neighbour. The man was paraded with a garland of shoes around his neck and his face blackened through Alidanpur village in Kasganj district on Thursday. Also Read – #JusticeForKirti: Young Woman in UP’s Sambhal Murdered For Dowry, Her Sister Seeks Justice For Her

Two cross FIRs were lodged by the families of the victim and the accused at Sahawar police station. Three men have been arrested in this connection.

The first FIR was lodged by the son of the accused against five men, including three brothers, under IPC’s sections 147 (riots), 452 (house-trespass after preparation for assault), 342 (punishment for wrongful confinement), 323 (punishment for voluntarily causing hurt), 500 (punishment for defamation) and 506 (punishment for criminal intimidation).

In the FIR, the 65-year-old’s son alleged that the five men, armed with batons and sticks, barged into their home in the morning and assaulted his father. They painted his face black and forced him to walk through the village wearing a garland of shoes.

He said a land dispute is a reason for the attack. After the FIR, three of the five accused were arrested.

However, later in the evening, one of the arrested accused filed a counter FIR against the old man, claiming that on the night of May 18, the elderly man had come to his house and molested his wife.

Based on his written complaint, an FIR was lodged against the man under IPC”s section 354 (criminal force to woman with intent to outrage her modesty) and 506 (criminal intimidation).

Following the FIR, the victim was brought to the police station for questioning.

Sahawar SHO Ganesh Chauhan said: “One party claimed that their woman relative was molested and therefore, they taught a lesson to the elderly man. The second party alleged that due to an old rivalry, their family member was insulted and assaulted in front of villagers. Three men have been arrested and a medical examination of the victim has been conducted. Further investigation is on.”