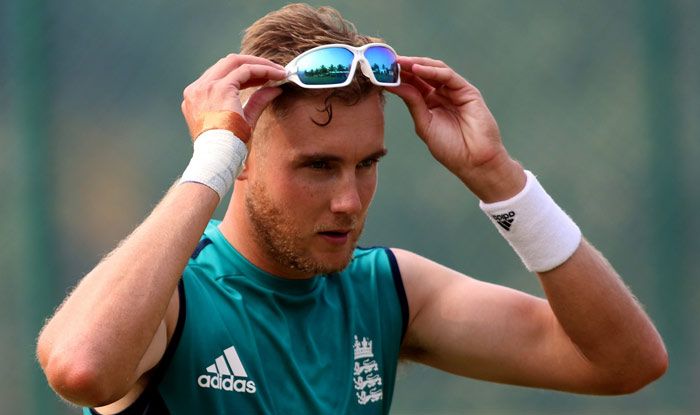 Making a return to training on Thursday at Trent Bridge Stadium in Nottingham, English pacer Stuart Broad, who did individual training, said it felt great to be back. Also Read – Sachin Tendulkar Would Have Scored 1.30 Lakh Runs in Today’s Era: Shoaib Akhtar

Broad uploaded a short video on his Instagram account of bowling at the wicket and his post read: “So much work has gone in behind the scenes to make this possible. Thanks to all people @englandcricket and @trentbridge who have been involved.” Also Read – Still Trying to Work Out if it Was High or Low: Kane Williamson on World Cup Final

“I really appreciate it. Felt great to be back out there having a bowl. Loved it,” he further wrote. Also Read – I Never Thought I Would Get a Double Hundred in 2013: Rohit Sharma

Cricket is slowly and steadily finding its feet after coronavirus pandemic abruptly halted all bilateral series and national T20 leagues in March.

The Daily Mail report further stated that players have been told to maintain regular washing of hands and a two-metre social distance. They have been also asked not to use sweat or saliva on the cricket balls.

Earlier, the International Cricket Council’s (ICC) Cricket Committee chaired by Anil Kumble had recommended banning the usage of saliva to polish the match ball. It, however, noted that the risk of spread of the virus through sweat is ‘highly unlikely’ and “saw no need to prohibit” the practice.

“The ICC Cricket Committee heard from the Chair of the ICC Medical Advisory Committee Dr. Peter Harcourt regarding the elevated risk of the transmission of the virus through saliva, and unanimously agreed to recommend that the use of saliva to polish the ball be prohibited,” said the ICC in its statement.

“The committee also noted the medical advice that it is highly unlikely that the virus can be transmitted through sweat and saw no need to prohibit the use of sweat to polish the ball whilst recommending that enhanced hygiene measures are implemented on and around the playing field.”