Latest News
Home /Waugh Responds to Warne Most Selfish Cricketer Remark, Says His Comments Are a Reflection of Himself 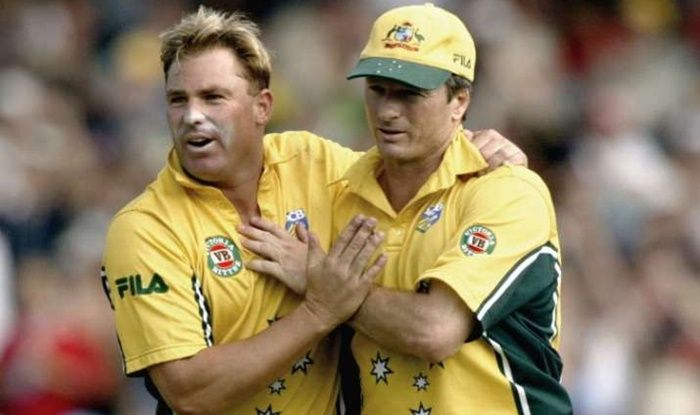 Steve Waugh said that there was no feud with Shane Warne as he never ‘bought into’ provocative jibes like “most selfish cricketer” thrown at him by the spin legend. A few days back, Warne had stirred a controversy when he made a bold statement about his former captain Waugh. He retweeted a video curated by cricket archivist Rob Moody, which showcased the run-outs that Waugh had been a part of. Also Read – Vanuatu T10 Blast Cricket League Live Streaming Details: When And Where to Watch Online, Latest Cricket Matches, Timings in India

Reacting to a statistic that Waugh held the dubious record of being involved in most run-outs, Warne had tweeted: “Wow! So S Waugh was involved in the most ever run-outs in test cricket (104) & ran his partner out 73 times – is that correct? Mmmmmmmmm.” Also Read – Old Trafford Cricket Ground Plans For Social-distancing Fans, Offers ECB to Host Tet Cricket Amid COVID-19 Crisis

According to statistics revealed by ESPNCricinfo, Waugh was involved in 104 run outs and ran his partner out 73 times. Also Read – Cricket Australia Considering Disinfecting Match Balls to Lessen Health Risks

“For the record AGAIN & I’ve said this 1000 times – I do not hate S Waugh at all. FYI – I picked him in my all-time best Australian team recently. Steve was easily the most selfish cricketer that I ever played with and this stat,” he said in another tweet.

When asked about Warne targeting him again, Waugh played down the incident. “People keep saying it’s a feud. But to me, a feud’s between two people. I’ve never bought into it, so it’s just one person,” the World Cup winning-skipper was quoted as saying by the Sydney Morning Herald.

“His comments are a reflection of himself, nothing to do with me,” he said. “That’s all I’d say.” he further added.

It is well documented that Warne and Waugh have never been best of friends. Earlier, the spin king said that he had lost a bit of respect for Waugh as he dropped him during the 1999 Test series in the West Indies with Australian trailing 1-2.

“I lost a bit of respect for him after that. I believe he should have backed me – as I always believe the art of captaincy is to support your players and back them every time,” Warne wrote in his autobiography.

“This gains respect from the players and makes them play for you. He didn’t, it’s history, but I never found it easy with him after that.”

Waugh, for his part, has always said that he does not feel the need to respond to events that have happened two decades ago. He defended his decisions saying he took those steps as captain because he felt it was good of the team.